Francesco Falace, born in 1987 in Caserta in Campania, focuses on surfaces and structures in his works. Here, his main interest is in looking at and trying out various techniques. He states that he is always on the lookout for new means of expression. His artistic work is a continuous form of development. As a result, he often considers unusual means of painting, such as tar. He very rarely works with brushes, but prefers to use other tools, often randomly found objects. Here, he cites artists such as the Greek artist Jannis Kounellis as an influence.

Tar, which is mostly used for the construction of roads or buildings, fascinates the artist, due to its viscous consistency. Regarding the colouring, various tonal grading is possible, be it dark black or broken white. The effect of small nuances is intensified as a result of carefully preparing the surface to be painted: Falace treats his canvasses with Gesso, a traditional white base coat containing plaster or chalk. This becomes part of the work, as it appears through scrapes and traces added to the surface. Tar may also enter into these “wounds”. One also notices the influence of printing techniques: Falace often covers objects in tar in order to press them onto the respective surface, and as a result, prints are created.

The artist combines contemporary material with traditional techniques. All works are three-dimensional, even if at first glance they appear to be classic panel paintings: rips, lines and furrows lead the viewer into the painting. Glued material made from fabric, ropes or plaster, often in archaically aesthetic forms, lead the viewer beyond the surface. It is the formal reduction, together with an extensive and precise implementation, which make Francesco Falaces’ works so fascinating. 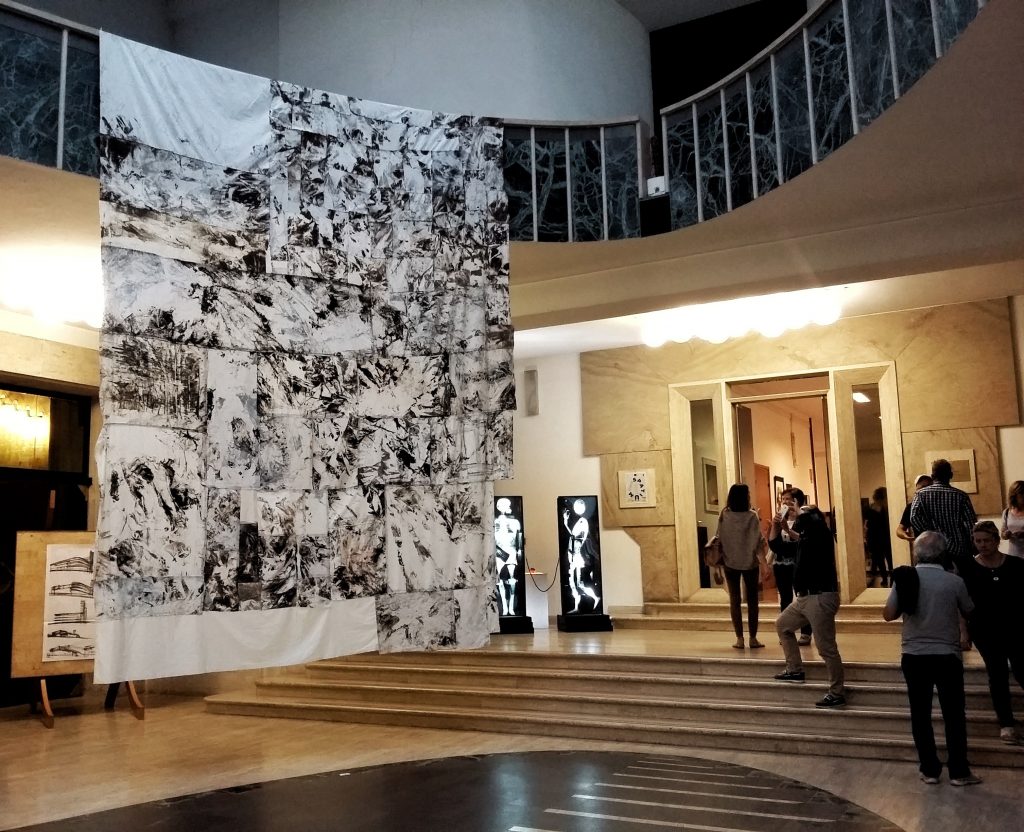