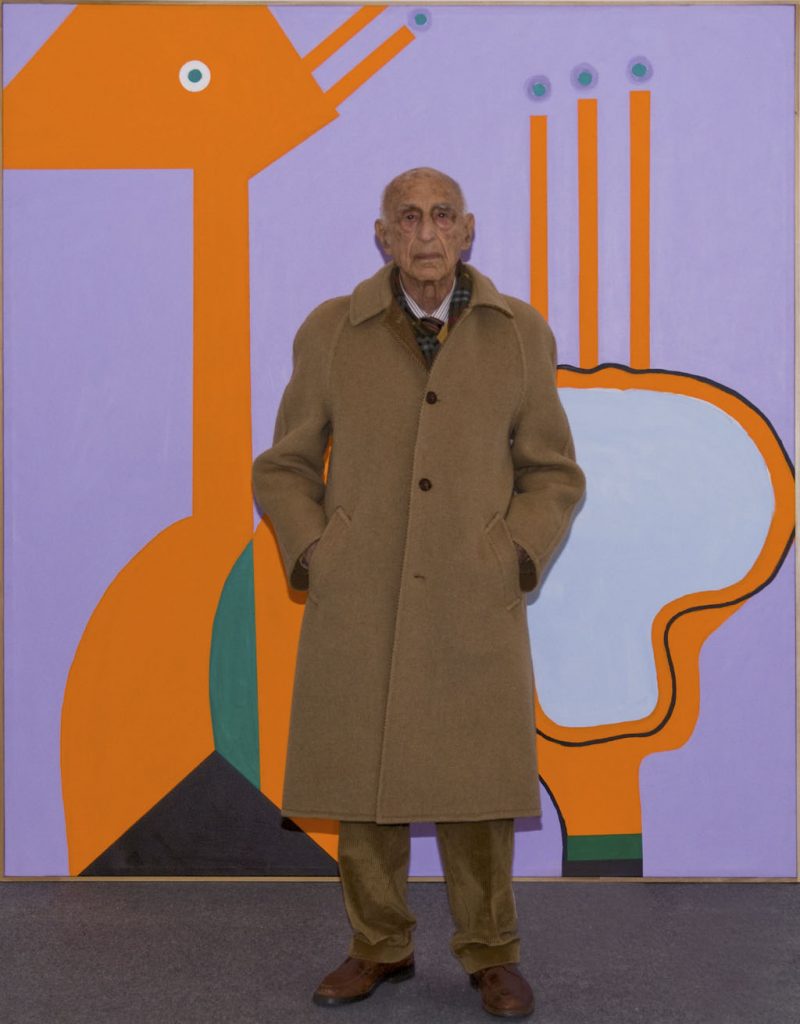 The artist, art critic, author and philosopher Gillo Dorfles played an important role for the concrete art movement as well as for the development of contemporary art criticism.

Dorfles grew up in Genua although he was born in 1910 in Trieste where he returned to take up his medical studies during the late 1930s. After graduation he began to spend more and more time on art criticism and essay writing. When Art Informel movement started up in Italy, Dorfles founded together with Soldati, Monnet and Munari the Movimento arte concreta (MAC) which was also associated with his theorizing. Concrete art was intended to emanate "directly from the mind" and consequently to be more "cerebral". It is often composed of basic visual features such as planes, colors and forms. Unlike the „Zurich concrete" as Bill or Lohse who were in close contact with MAC Dorfles interpreted the term "concrete" on his own way: strictly geometric forms were displaced by amporphus structures that evolved from pure color and without any special reference. After the resolution of MAC in the late 1950s Dorfles focussed more and more on his personal way of painting.

His artworks have been shown in numerous retrospectives. " Il Kitsch ", " Il Feticcio quotidiano", " Le oscillazioni del gusto ", " Il disegno industriale e la sua estetica " or „Ultime tendenze dell’arte oggi” are only some of his most famous publications. His latest book "Gli artisti che ho incontrato" (Eng. "The artists I met") was published in 2015.

"I've always wanted to be a painter, more than anything else, without thinking of the achievements, honors or profits that art can bring. It is the act of drawing and painting that has been almost a compelling necessity for me since my childhood. It has led me to scribble the pages of my textbooks (or were these wonderful inventions), the wood of hard school benches, or summer beaches in the sand. "